Big news as we announce a deal to bring additional exciting content to our sites. The latest top-tier games studio we have partnered with is none other than Nolimit City! Nolimit City is now live in all our casinos.

It’s hard to have missed the waves that these guys have been making over in Stockholm. A young and innovative studio, with a real edge to everything they do; expect dynamic gameplay, brave themes, and killer soundtracks. Nolimit City (NLC) are everything a game supplier needs to be in order to capture attention and wallet share in 2021.

NLC have really taken up the mantle from Big Time Gaming as the ones to watch for big win potential. Their games are as exciting as they come, lend themselves well to Twitch & Youtube streams, and feature prominently in highlight reels.
Darlings of bigwinboard.com, January’s release ‘East Coast vs West Coast’ is the 9th highest rated slot on site at 9.7, with 12% of all games scoring 9 or above coming from the Swedish upstarts.

– East Coast vs West Coast is one of the 6 games we have launched as a first batch, and one that we should be really excited for given the fanfare around its release at the start of the year. Based on the 90s Hip Hop scene, NLC use their patented game mechanics to turn a standard 243 ways slot into something extreme.

– Deadwood and Tombstone are two western-themed games which helped propel NLC to mainstream relevance – these should appeal thematically and mathematically to any players who enjoy the Dead or Alive series from NetEnt or the recent Bandit Thunder Link from StakeLogic.

– Punk Rocker was another of the early success stories, the 70s UK Punk scene something that may feel closer to home to some of our players (and perhaps older colleagues?)

– Fire in the Hole xBomb and Bushido Ways xNudge are two of the newer titles which are making their way on to our sites, but certainly won’t be the last. With 7 new titles released already this year, expect to see more titles making their way into the Games Roadmap – from both the upcoming games list and the back catalogue. 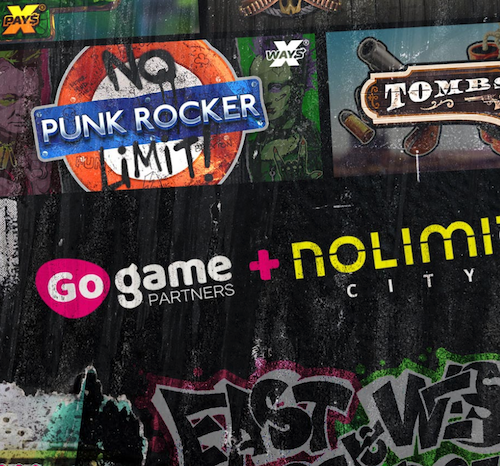