Like Inspired, Blueprint has a strong footprint in Pubs, Bingo Halls and landbased casinos, but over the past five years they’ve really established themselves as one of the leaders in the online space – particularly in the UK! Blueprint are well known for their bonus-rich titles and frequently combine these titles with the Megaways maths model or branded tie-ins.

Our first three releases fit across those categories with the slot tie-in from cult classic film The Goonies, and two Megaways titles.

The 1980’s Spielberg blockbuster The Goonies is a fantastic theme for a quirky game with six main game features which can randomly trigger, and six different Bonus Rounds to be won. The Goonies is the perfect example for more branded games from Blueprint which we will release, with the Ted slot instantly coming to mind as its sister-slot.

Diamond Mine is effectively Blueprint’s version of Bonanza, and remains many players’ pick as the top Megaways title from Blueprint. In classic Megaways style this 6 reel slot has cascading wins, an extra horizontal reel, 2-7 symbols per reel, and a hard to trigger Free Spins round with an Unlimited Win Multiplier. It offers a bit more value for money with lower volatility than the likes of Bonanza, but still packs a punch with a max win of 10,000x.

Buffalo Rising brings together the landbased epic Buffalo theme with the Megaways mechanic and it just works. It’s a nice slot to look at, has a strong soundtrack, a theme which resonates with players, and the maths model which players go mad for. Released late last year, it remains one of Blueprint’s top Megaways titles.

These are just three of the 26 top titles we’re releasing over the next five weeks, spread out with a number each week. This includes big film and TV tie-ins (Ted, Rick and Morty, Sausage Party), some landbased favourites (Genie Jackpots, Wish Upon a Leprechaun, Luck O’ the Irish) and 18 Megaways games! This almost doubles our total number of Megaways titles, and will help us to acquire and keep hold of UK players. 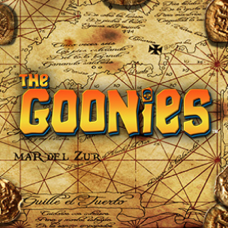